Did Bubba rub Bootie the wrong way in Nashville? nope

With the Father’s Day break in the rearview mirror, NASCAR’s Cup Series cranks up again Sunday in Nashville.

Let’s assess the season so far — and look back to see if this column’s preseason predictions are still on the lead lap or have smacked the wall and need to be lifted back to the garage.

First, a few words about Richmond Raceway’s historic transition last week. NASCAR announced that Lori Collier Waran has been chosen to be track president, first woman to fill that role in the track’s 76 years.

The president’s chair had been empty more than two months since Dennis Bickmeier, the track’s third president, told us he was leaving stock car racing to take over as executive director of Henrico’s new sports and entertainment authority.

Waran, an experienced media executive with a connection to the sport dating to childhood, officially starts at RR on July 11. That’s 35 days before the track’s next Cup race, moved from its traditional September date to an earlier, potentially hotter spot on the calendar — Aug. 14.

NASCAR’s next Cup race is at Nashville Superspeedway this Sunday. The forecast calls for temperatures in the 90s. That could be a fresh how-to for Richmond’s new administration.

So, with 16 races completed, what’s the state of NASCAR’s vaunted Cup Series with 10 regular-season events remaining before the 10-race playoff run begins?

Perhaps the tour’s most important 2022 development is the success of the new Next Gen car.

Cost-cutting rules standardize most of the car, eliminating expensive research and development. The competition has been spirited in most races, with impressive performances for some teams/drivers that had long been hampered by limited budgets.

The winners’ list is less predictable. Some new teams are challengers. Some others seem to have lost their big-money advantage.

As for my preseason wisdom — never the beneficiary of a big-money advantage — it’s been a mixed bag.

I picked Kyle Larson to repeat as champion. Given his skill and his ability to adapt to different kinds of race cars, I expected him to dominate the series from the start. He has been good — but not dominant.

So far Larson has won one race and sits seventh in points earned. Barring catastrophe, he’s a lock to be one of the 16 playoff drivers — regular-season winners, with any remaining spots determined by point standings. But Larson is off his 2021 pace. By this time last year he had just notched his third victory, well on his way to a 10-win season.

Looks like it will be tougher than I thought for him to repeat as champ.

I tagged Austin Cindric as the likely 2022 rookie of the year. He’s far ahead in that category and will take the honor. Cindric opened the season with a win in the Daytona 500, finishing three-hundredths of a second in front of Bubba Wallace in the best hold-your-breath last lap so far.

Cindric hasn’t won again, but he’s a comfortable 11th in points. Keep an eye on him in the season’s four remaining road-course events. He’s got game on that kind of track.

When you pick the 16 drivers you think will make the playoffs, you should be right on at least a dozen, given that half of your 16 choices are virtual certainties. As the playoff-eligible list stands now, I’ve got 12 correct. I guess I get a C grade so far.

I absolutely whiffed on the Trackhouse team’s two drivers, Ross Chastain and Daniel Suarez, when I didn’t include them in my 16. What was I thinking?

Chastain, skillful and aggressive (sometimes too aggressive), already has won twice and is locked into the playoffs.

Suarez’s brilliant winning drive on the Sonoma Raceway road course makes him a near certain playoff qualifier. The only way he could be eliminated is if there are more than 16 different winners — unlikely but not impossible, with 12 winners so far.

I also missed badly when I left William Byron out of my 16. He’s won twice already and looks capable of winning again — week after week on all kinds of tracks.

Among my playoff picks, Ty Dillon and Bubba Wallace are struggling mightily to qualify.

Dillon was my long-shot special. So far, his effort with the Petty GMS team has been decidedly long shot but not particularly special.

Wallace has been inconsistent. He’s brilliant at times — notably that Daytona second-place side-by-side with Cindric, and at the Kansas City track where he passed more cars than any other driver.

Wallace could show his skill more often if his crew were not so error-prone — unsecured wheels, slow pit stops, questionable strategy decisions. Wallace is a woeful 25th in points and needs a win to make the playoffs. His team has to give him a chance.

Of those I included in my 16 who are presently below the cut, the most surprising is sure-fire Hall of Fame driver Kevin Harvick, who is on a 59-race losing streak. He has four top-five finishes this year including second place to Denny Hamlin in Richmond’s April event. As the streak continues, it looks like the 46-year-old Harvick could fall just short of the playoffs.

Fox Sports has wrapped up its Cup Series TV duties and hands the series off to the NBC team. I wonder if NBC will bring back its best-ever broadcast intro music from 2021 — an adaptation of the Marcus King Band’s “The Well.”

Hope so. Didn’t predict one way or the other. Didn’t want to jinx it.

Randy Hallman, a veteran NASCAR writer, is retired from the Richmond Times-Dispatch. Email him at fullthrottlerh@gmail.com and follow him on Twitter 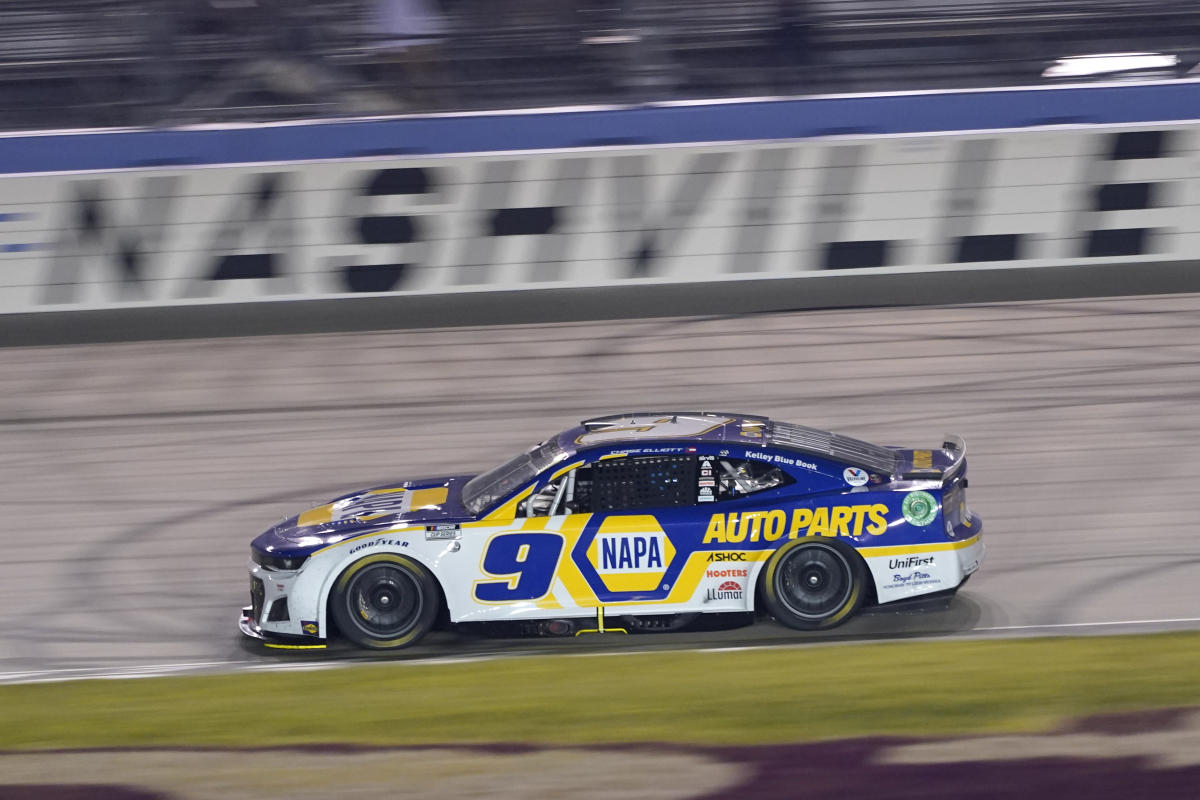